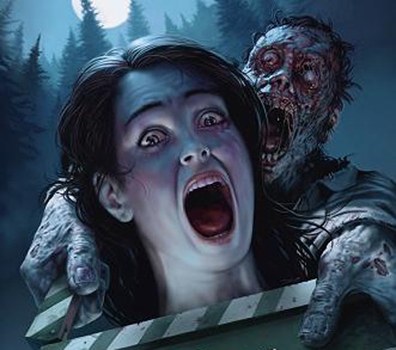 Buy tickets for Under The Scares

Cheap scares. Extreme Gore. Loads of nudity. These have been the three staples of low budget independent horror films since the 60’s. But what’s a filmmaker to do when, thanks to technology, ANYONE can make a film these days? Under The Scares offers an inside look into the production and promotion of an independent, ultra low-budget horror film, while combining interviews and insights from some of the genre’s biggest legends. In addition to tips and tricks for emerging filmmakers, they offer their opinions on the genre (where it’s been and where it’s going) plus lots of intriguing personal anecdotes. The result is a compelling look into the world of horror films that will interest any movie enthusiast wanting to know more about what really goes on behind the scenes. Forget everything youve learned from the DVD extras of big Hollywood productions, the real truth lies, Under the Scares!

At 8 years old, discipline and personality of a child begin to take shape, and the distinction between good and evil starts to be defined.

When three innocuous college kids find themselves stranded on the side of an empty desert highway, their only hope of salvation comes in the form of two inane hillbillies and their disgusting RV. But when they take them up on their offer, the group soon discovers that there is no such thing as a free ride.