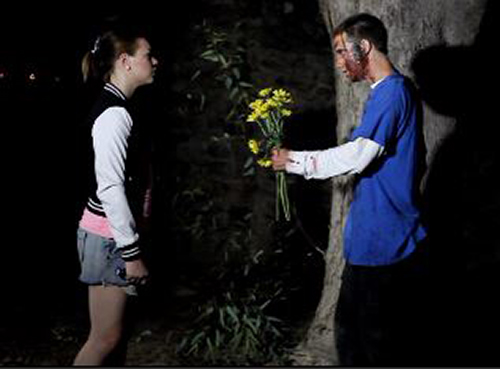 Ted (Tyee Matthews) is not your average zombie! He still has emotions, but now that he’s undead he has hard time bringing them out. Until he see’s Lisa (Sara Jackson) and falls in love with her. He has no desire to devour her, he just wants to be with her and protect her from harm. How ever he is in a love-triangle with Brian (David Buttery) over Lisa’s attention.