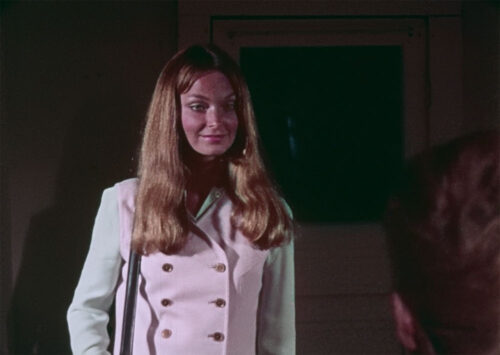 REMASTERED AND RESTORED VERSION OF THIS CULT CLASSIC HORROR

Presented for the first time in HD! Don’t Look in the Basement is cult film director S.F. Brownrigg’s horrifying tale of the day the insane took over the asylum. A film that started to carve S.F. Brownrigg as one of the unique and impressive 70â€™s exploitation filmmakers in cinema. Nurse Charlotte Beale (Rosie Holotik) is hired by Dr. Stephens (Michael Harvey) to work at a small sanitarium he runs. When Charlotte arrives, however, she learns that Stephens has died in the interim, and that she’ll be taking orders from new president Dr. Masters (Anne MacAdams). Charlotte goes along, but can’t help noticing how unusual Masters’ approach is to treating the mentally ill. They’re allowed free run of the place, and Charlotte begins to wonder if Masters isn’t a patient herself.