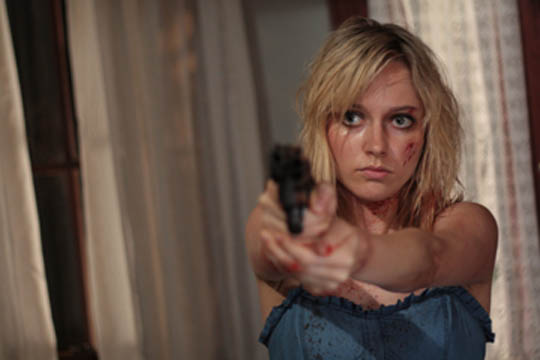 Crawl is a character-driven thriller set in an unknown, rural town. A seedy bar-owner hires a mysterious Croatian to murder an acquaintance over an unpaid debt. The crime is carried out, but planned double-crossing backfires ans an innocent waitress suddenly becomes involved. Now a hostage in her own home, the young woman is driven to desperate measures for survival. A suspenseful, yet darkly humorous chain of events builds to a blood-curdling and unforgettable climax.

Holly is dealing with the recent death of her mother when she begins to hear monsters in her room. When her father doesn’t believe her, he soon gets a lesson in fear.