The full schedule is up! Here is all the films screening at this year’s festival!

All films will shown at The Screening Room 127 E. Congress St
**Now Serving Beer and Wine**

Family man Don’s visit to an old, run down Big Top circus and chance encounter with a nihilistic group of clowns leaves him fighting for his life and the lives of those he loves. As Don becomes drawn deeper into lead clown Papa Corn’s games, he comes closer to the edge of reason and sanity. Armed with guns, knives and a ’68 Camaro, the clowns lead Don on an all night crime spree through oil soaked West Texas. Papa Corn’s wild ride brings blood, gore and mayhem to all he encounters.

Playing with Knock Knock
Val and her friends play a game that allows them to communicate with the dead. The “Knock Knock Game” turns any doorway into a doorway to the hereafter, but there are rules that should never be broken.
Dir: Jeff Betancourt
Cast: Galadriel Stineman, Danielle Savre, Skyler Vallo
13 MIN, USA, 2014

TICKETS FOR CIRCUS OF THE DEAD 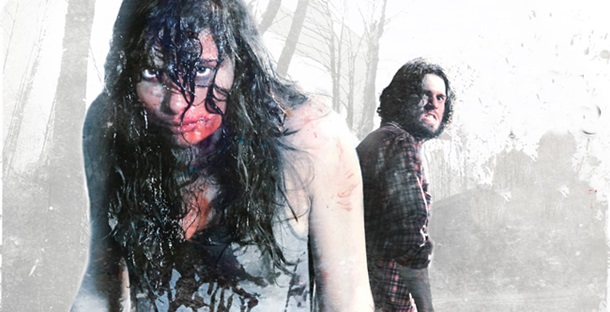 Viola and Nicola are going through a rough time. To overcome this crisis, they decide to spend a weekend in a remote cabin belonged to Nicola’s parents. Just a couple of days together to heal their wounds, , but everything will take a turn for the worst, when a sneaking suspicion become pure madness. What was supposed to be a quiet trip will suddenly slip into a deadly nightmare.

Playing with Detention
Five high school students trapped in noon-hour detention, struggle with what to do when the world outside falls to a zombie apocalypse.
Dir: Will Pascoe
Cast: Dan Beirne, Jerritt Boyce, Jahmil French
8 MIN, USA, 2013

TICKETS FOR THE PERFECT HUSBAND 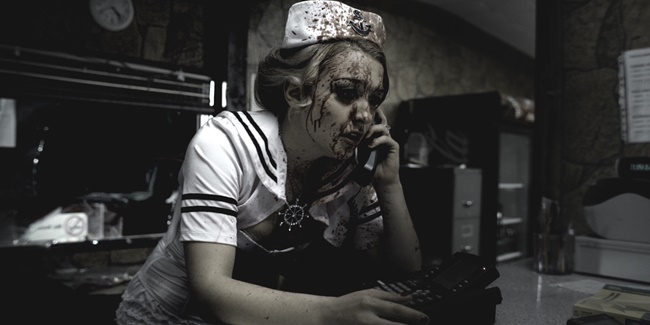 The Pinup Dolls are a hot retro act who put the tease back in striptease. But when an old friend (Suzi Lorraine) hires them to put on a show at a secluded campground, the girls find themselves being stalked by a homicidal maniac with a sick obsession with ice. As they’re hunted one-by-one, they soon realize they’ll have to rely on more than just their looks to survive this nightmare named Moe.

Playing with M is For Mobile
Hands tied. Mouth gagged. A desperate man is at the mercy of a coldblooded torturer who receives his orders as text messages from an unknown person.
Dir: Baris Erdogan Cast: Ozan Ozkirmizi
3 MIN, TURKEY, 2013

TICKETS FOR PINUP DOLLS ON ICE

Joshua and Penelope are survivors of a deadly infection that laid waste to humanity 25 years ago. When they encounter fellow survivor Abira, their lives are forever changed as they fight off the remnants of the infected. 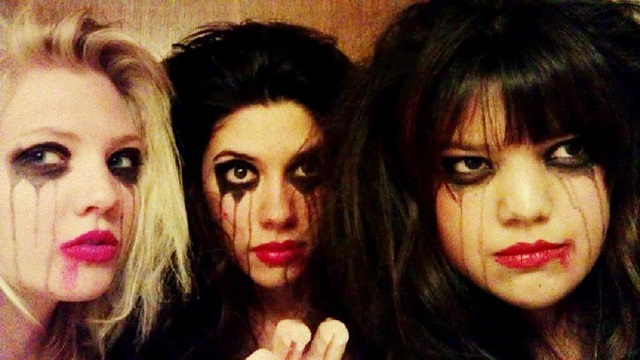 Date of the Dead is a dark comedy horror anthology that showcases 3 different types of horror genres, Slasher, Home Invasion, and the main course, zombies. Starting with home invasion, an awkward couple hang out out a house while a group of masked men outside have different plans for their night. The slasher pits a detached male high school student up against an evil squad of cheerleaders which ultimately leads to a climax that no one will see coming. In the final short, a man is plagued with commitment issues, while one night tossing aside yet another female victim he meets a different kind of girl. Could she be the one? Unfortunately on this night the corpses of his previous relationships “rise from the grave” to reclaim him. One girl is never enough for Corbin, but by the end of the night Corbin will have his fill.

TICKETS FOR DATE OF THE DEAD

Incensed by the tabloid culture which celebrates it, the L.A. Slasher publicly abducts a series of reality TV stars, while the media and general public in turn begin to question if society is better off without them. A biting, social satire about reality TV and the glorification of people who are famous for simply being famous, “L.A. Slasher” explores why it has become acceptable and even admirable for people to become influential and wealthy based on no merit or talent – purely through notoriety achieved through shameful behavior.